A Muslim convert has admitted sharing extremist videos on social media while subject to a terrorism notification order.

Convicted terrorist Ibrahim Anderson, 44, pleaded guilty at the Old Bailey on Wednesday to a string of offences committed in the summer and autumn of 2020.

The ginger-bearded defendant, from Luton, Bedfordshire, admitted breaching notification requirements by not providing email details that he was using. 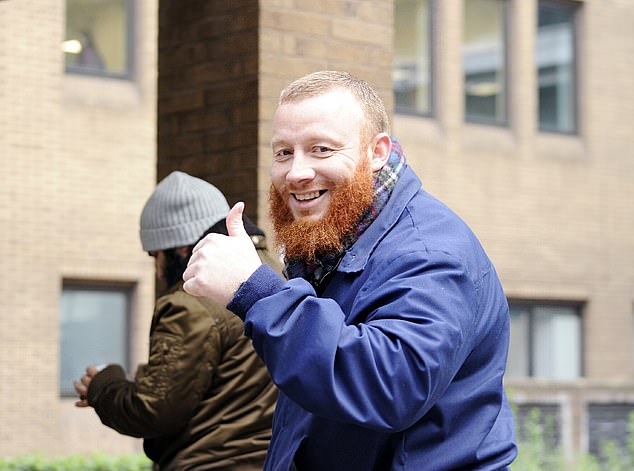 Convicted terrorist Ibrahim Anderson, 44, pleaded guilty at the Old Bailey on Wednesday to a string of offences committed in the summer and autumn of 2020 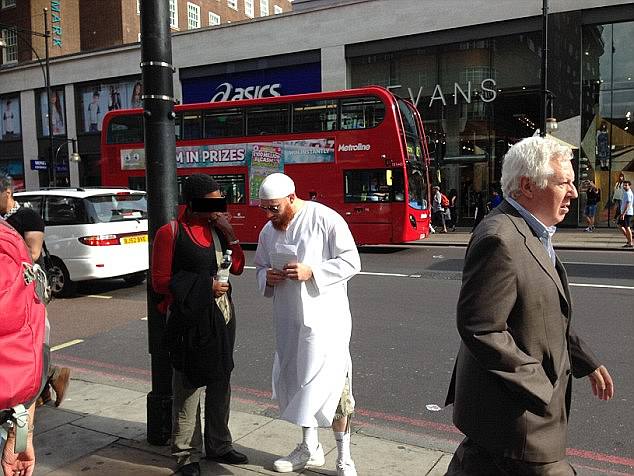 He pleaded guilty to 10 counts of disseminating terrorist publications relating to videos shared on Facebook and Telegram last July.

He also pleaded guilty to a further four charges of possession of terrorist publications relating to terror group ISIS.

The defendant entered his pleas via video-link from Wandsworth jail.

His lawyer, Patrick Harte, said Anderson admitted dissemination 'on a reckless basis in the sense he did not intend his act to encourage terrorism'.

Mr Harte told the court his client said he must have inadvertently downloaded the other documents when he downloaded the films and neither opened nor forwarded them to anyone else.

In 2016, Anderson was jailed for three years for promoting ISIS outside Topshop in London's Oxford Street.

He was jailed for three years at the Old Bailey in 2016 after he set up a stall outside Topshop on London's Oxford Street to drum up support for ISIS.

Moderate Muslims Asmaa and Reem Al-Jufaisha were so disgusted by the leaflets being handed out they challenged Anderson and Shah Jahan Khan, 67, as the pair ranted at passers-by.

Anderson told the Iraqi Shia Muslim sisters they were 'Khuffar', a derogatory term for non-believers, and told them to 'go die.'

He then showed his Facebook followers an image of an AK-47 assault rifle placed in front of a prayer mat after being released from prison. 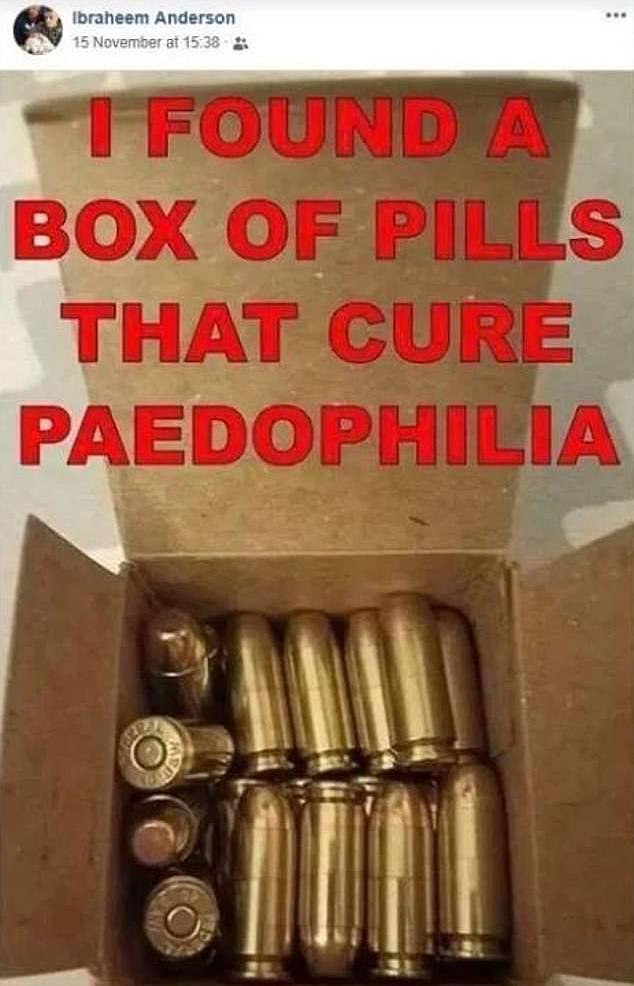 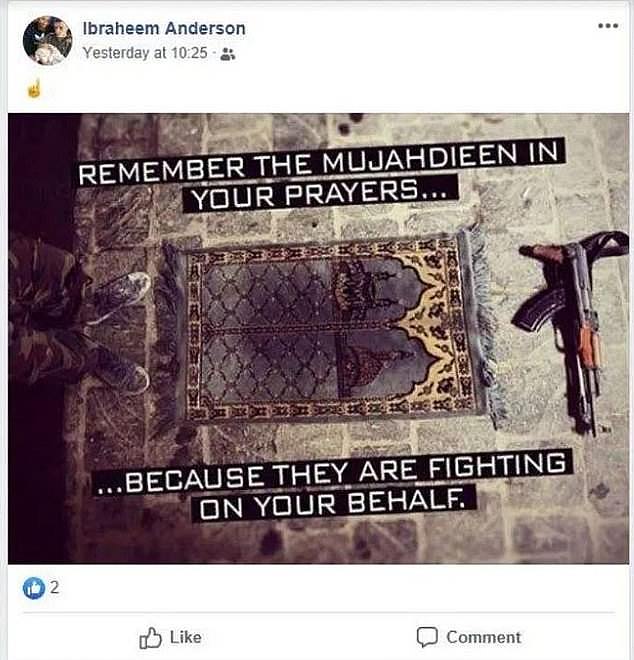 He used images such as this to promote ISIS

In the caption on the post, Anderson wrote: 'Remember the Mujahideen [jihadi warriors] in your prayers because they are fighting on your behalf.'

In another post, Anderson showed a box filled with bullets.

Anderson admitted 15 charges in total, but claims he was 'reckless' by sharing the videos, and that he must have downloaded the terrorist magazine 'inadvertently'.

His lawyer Patrick Harte said psychiatrists now have concerns about his intelligence level.

'Mr Anderson was visited yesterday by a psychiatric team, we initially had concerns as to the mental state of the defendant,' said Mr Harte.

'Those concerns have passed, however the doctor who saw Mr Anderson wants to explore a number of issues, namely his IQ and so on.'

Judge Philip Katz QC said: 'We're going to try to work out where we are and when I can pass sentence upon you.

Anderson, of Luton, admitted ten counts of disseminating terrorist materials, four counts of possessing terrorist information and one of breaching notification requirements under the Counter-Terrorism Act.

He will be sentenced on April 30.