Counter terrorism officers in the north of England have arrested four people on suspicion of Syria-related terror offences.

The group of three men and one woman have all been taken into police custody this morning accused of planning and fundraising extremist acts of violence, the North East Counter Terrorism Unit confirmed.

Two men from Sheffield - aged 40 and 36-years-old - were arrested on suspicion of preparing to commit an act of terrorism, an offence which falls under Section 5 of the Terrorism Act.


A 55-year-old woman and a 44-year-old man from Batley, West Yorkshire, have also been taken in for questioning on suspicion of raising money for terror means.

They were each taken to a local police station, where they are currently being probed by counter-terrorism chiefs.

Five properties in Sheffield, Batley and Dewsbury are also being searched by officers.


The North East Counter Terrorism Unit say the charges have been brought against the foursome in relation to plans involving Syria.

Detective Chief Superintendent Clive Wain, Head of the North East Counter Terrorism Unit, said: 'We understand that people may be concerned following today's arrests however we would like to reassure communities that today's activity is as a result of an ongoing investigation which is intelligence led.

'There is no evidence to suggest that communities are at risk.


'If you have any concerns as a result of the activity then please contact local police via 101. 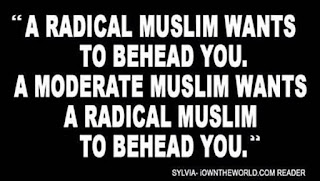 'If you suspect that there may be suspicious activity in your area, or are concerned about someone's behaviour, then contact the confidential Anti-Terrorist Hotline on 0800 789 321 and a specialist officer will assist you.'

He was arrested under section 41 of the Terrorism Act 2000 on suspicion of the commission, preparation or instigation of terrorism.

A spokesman said: 'Officers continue to search the address and a second residential address in east London.

The man is being detained under Schedule 8 of Terrorism Act 2000 legislation.