A crucial watchlist for checking if terrorists and foreign criminals are trying to sneak into Britain breaks down twice a week, a damning report reveals today.

As the UK remains on high alert for Islamist jihadists trying to bring bloodshed to our streets, it emerged a key computer system used to protect our borders typically crashes every three days.

The terrifying flaw with the Home Office Warnings Index, which is supposed to flag up those suspected of serious crimes, leaves the UK at greater risk of extremists sneaking past passport control to wreak mayhem.

The concerns are flagged up in a devastating report by Britain’s spending watchdog into the Whitehall department’s botched eBorders programme.

The controversial eBorders system was unveiled in 2003 under Tony Blair. It was supposed to log electronically every journey to and from the UK.

The aim was to ensure airlines, rail and ferry companies passed on passengers’ personal details – including name, date of birth, passport number and address – in advance. 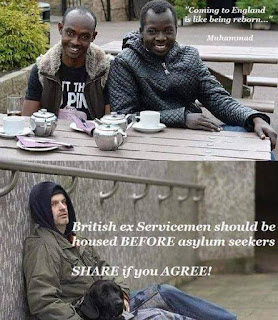 This information would be logged and checked against watchlists and security databases so terror suspects, criminals and illegal immigrants could be arrested or turned away at the border.

But in 2010 the Home Office cancelled defence firm Raytheon’s contract amid appalling technical failures, delays, diplomatic wrangles and spiralling costs – forcing ministers to hand over compensation for the failed project.

Instead, ministers decided to create a new system in-house while relying on two ageing databases to alert border guards to extremists and offenders, including killers, rapists and paedophiles.

One of these was the Warnings Index, which was set up in 1995 and underwent a £38million upgrade after being branded ‘not fit for purpose’.

In the scathing report, published this morning, the NAO says: ‘In our opinion, it is still far from good, with the system suffering from an average of two high-priority incidents a week.’ This is where parts of the system break down.

The NAO says contingency measures, such as mobile devices storing watchlists, can be used during breakdowns. But this still leaves Britain vulnerable to criminals entering the country unchecked.

The report reveals the Home Office has spent £830million on the failed eBorders project and its successor – the Digital Services At The Border programme.

Another £275million is expected to be spent before the overhaul is completed – eight years behind schedule in 2019 – taking the total cost to taxpayers of the shambles to more than £1.1billion.

Advance passport data is collected from only 86 per cent of those coming to Britain, meaning that the details of 17million travellers a year are not checked until they are on UK soil.

This denies officials full use of a vital weapon in the fight against terrorism.

Even with the current limited coverage, information gained through the system has led to more than 15,900 arrests since 2010. But critics are concerned that others are slipping through the net.

The failure to introduce eBorders, which was meant to be completed in 2011, has meant border operations are ‘highly manual and inefficient’, says the NAO.

Staff at border controls have to check passport details by hand against paper lists.