SWNS/PA
Majeed is a former chairman of the King’s College Islamic Society. Why didn’t the benign, peaceful Islam that he presumably learned there help him withstand the allegedly twisted, hijacked version of Islam proffered by the Islamic State?
Nathan Cuffy, 26, Nyall Hamlett, 25, and Suhaib Majeed, 21, from west London, are on trial at the Old Bailey for allegedly planning to kill soldiers, police officers and civilians in a series of attacks.
Majeed, 21, a former chairman of the King's College Islamic Society, said references to Mr Henning were just "heated debate" about the legitimacy of Islamic State (ISIS).
Aid worker Mr Henning was kidnapped in Syria in December 2013 and held hostage for 10 months before he was brutally murdered by ISIS.

The Old Bailey heard Majeed had exchanged dozens of messages with his associates about the hostage situation and whether his execution would be legal under Sharia law.
Majeed referred repeatedly to 'The Covenant of Protection' - a protocol under which a Muslim does not kill a non-Muslim in an Islamic country if they have been offered protection from that state.
He said he was just debating whether the protection given by one Muslim could ever be legally withdrawn by another.
But in his closing speech, prosecutor Brian Altman, QC, said he was trying to justify his own murderous plot.
Mr Altman said: “He told you that he hadn't committed to ISIS but he was involved in a great deal of debate about its legitimacy - debates in which he was fully prepared to stand his ground.
“Majeed had been saying he wanted Thaleel evidence that it was legitimate, and that the protection given by one Muslim could be withdrawn by another.
“But we don't see any expression of regret or disgust, what we do see is really telling, what we do see is devastating for him and his case.” 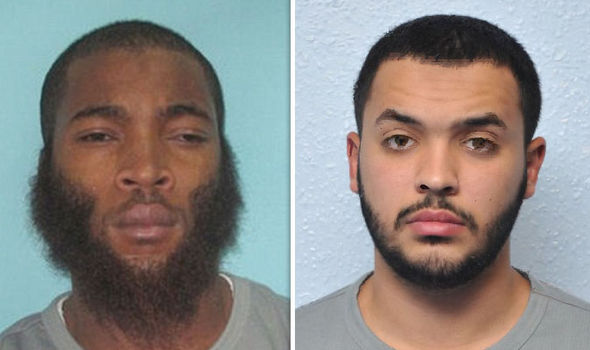 He knew what he was embarking on, a plot to kill
Brian Altman QC