As a video of the resulting demonstration shows, the crowd outside the embassy loudly chanted (among other things) ‘Khaybar Khaybar, ya yahud, Jaish Muhammad, sa yahud’. This is a famous Islamic battle-cry which might be translated, ‘Jews, remember Khaybar, the army of Muhammad is returning.’ 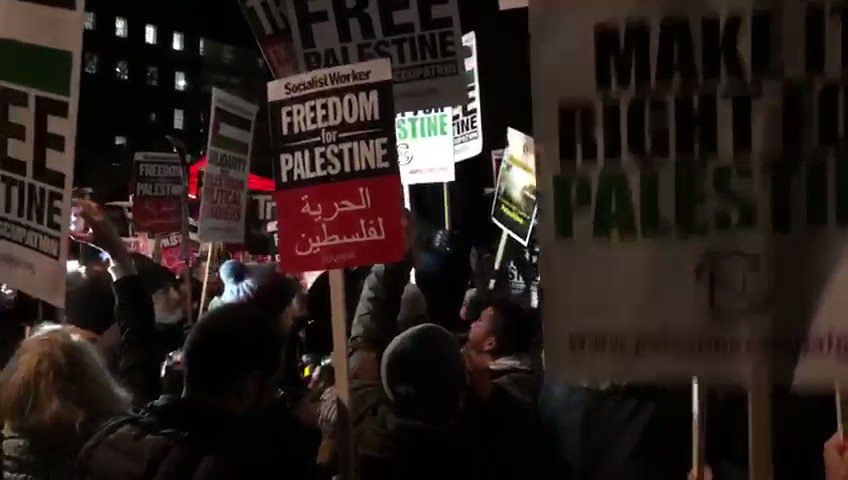 Hurryupharry@hurryupharry
Tonight outside the US embassy in London; "Khaybar Khaybar, ya yahud, Jaish Muhammad, sa yahud" or "Jews, remember Khaybar the army of Muhammad is returning". They mean Zionists tho...@PSCupdates are they your banners they're holding? @mishtal

Twitter Ads info and privacy
The battle of Khaybar relates to a 7th century attack on a Jewish community by the armies of Mohammed.


Now two obvious questions arise. Why might this battle cry have been used on Friday night outside the American embassy in London? And are racist chants of this kind now acceptable on the British left?
Posted by English kaffir. at 8:40 PM