Police in Edinburgh have revealed that a suspicious package initially thought to be a hoax bomb was real.
The device was discovered in a public shelter in Princes Street Gardens, a public park lying between the historic Royal Mile and shopping mecca Princes Street, last month.
A bomb disposal squad attended the Gardens, home to many memorials to greats Scots and very popular with both locals and tourists, and destroyed it in a controlled explosion, and initially suggested it was an “elaborate hoax”.
However, further forensic testing has revealed that it was, in fact, a genuine “explosive device”, and had the potential to “cause injury to people and damage to property within close proximity to it.” 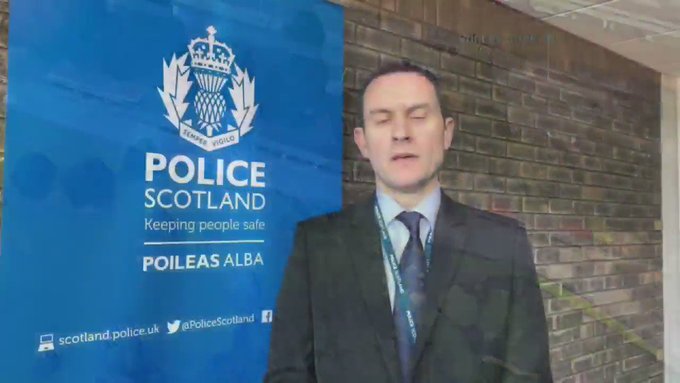 Twitter Ads info and privacy
A manhunt for the bombmaker is now underway, with police in the Scottish capital conducting interviews with people who work in the Gardens and trawling CCTV for footage — so far without success.
“I’m hoping that this further public appeal will encourage people with information – no matter how small – to come forward,” said Detective Chief Inspector Kenny Armstrong, asking potential informants to call the police on the 101 non-emergency hotline quoting incident number 1204 of February 21st.
“I’d like to hear from anyone who saw any suspicious behaviour in the immediate vicinity of the Gardens or who has information as to who may be responsible.”
Urging calm, Chief Inspector David Robertson recommended people in the city “remain vigilant, be alert not alarmed, and to report anything suspicious to police.”

Record numbers of armed police will be on the streets and extra anti-terror barriers deployed amid the tightest ever security operation mounted at Edinburgh’s Hogmanay celebrations.
breitbart.com


“It doesn’t seem designed to cause any mass casualties,” he suggested. “It does suggest low capability and amateur abilities – it might possibly be a dummy run that went wrong somehow.”
Posted by English kaffir. at 8:18 PM