1,000 more children as young as 11 abused by Muslim rape gangs, police again did nothing 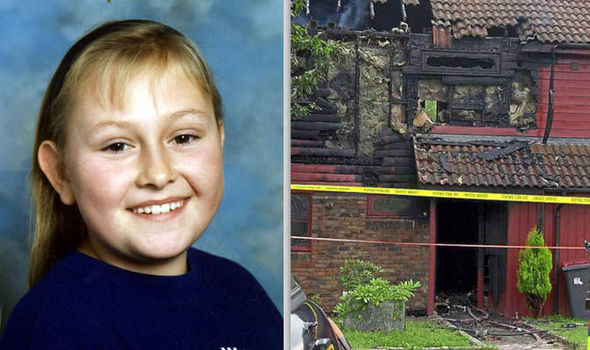 Press Association
The house in which Lucy Lowe died after it was set on fire ‘as a warning to victims’
Vulnerable schoolgirls as young as 11 are being lured from their families to be drugged, beaten and raped by male predators, it is claimed.
The ongoing Telford abuse is happening despite recent outrages over similar epidemics in Rochdale and Rotherham.
Asian abusers were not tagged by council staff for fear of being labelled “racist”, while they treated trafficked victims as “prostitutes”.
And it was claimed one frightened girl, her sister and mother were specifically murdered as a horrifying warning to other victims to keep silent. 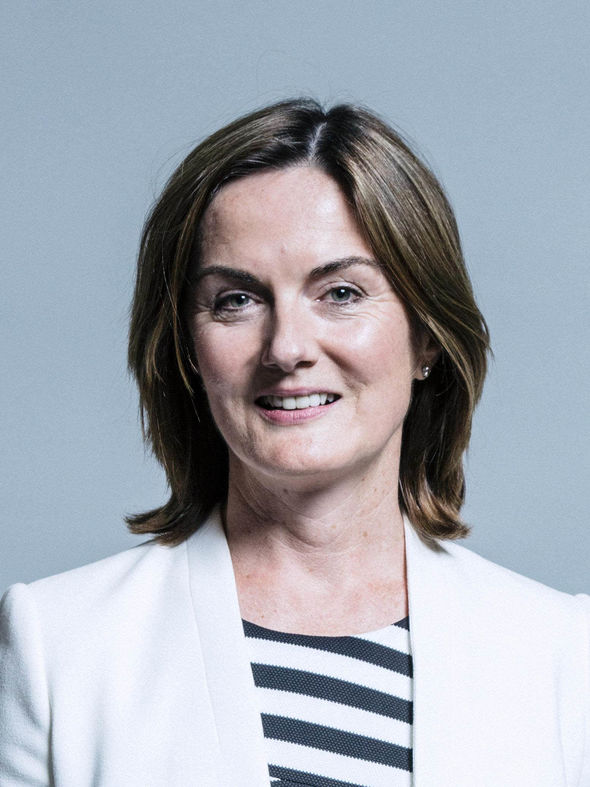 Chris McAndrew
MP Lucy Allan called for an independent inquiry into child sexual exploitation in Telford
Yesterday Telford’s Conservative MP Lucy Allan branded the latest reports “extremely serious and shocking”.
She said: “There must now be an independent inquiry into child sexual exploitation in Telford so our community can have absolute confidence in the authorities.”
Dino Nocivelli, a child abuse solicitor, said: “The survivors deserve an inquiry.
"These children were treated as sexual commodities by men who inflicted despicable acts of abuse.
"They need to know how abuse took place for so long and why so many perpetrators have never been brought to justice.”
Sheila Taylor, of charity The NWG Network, said the Telford atrocities could be as big as the Rotherham scandal.
Victim Lucy Lowe, 16, her mum Eileen and sister Sarah, 17, all died after abuser Azhar Ali Mehmood, 26, set fire to their house.
The taxi driver first targeted Lucy in 1997 before she gave birth to his child when she was just 14.
Their baby daughter was inside at the time of the fire, but survived. 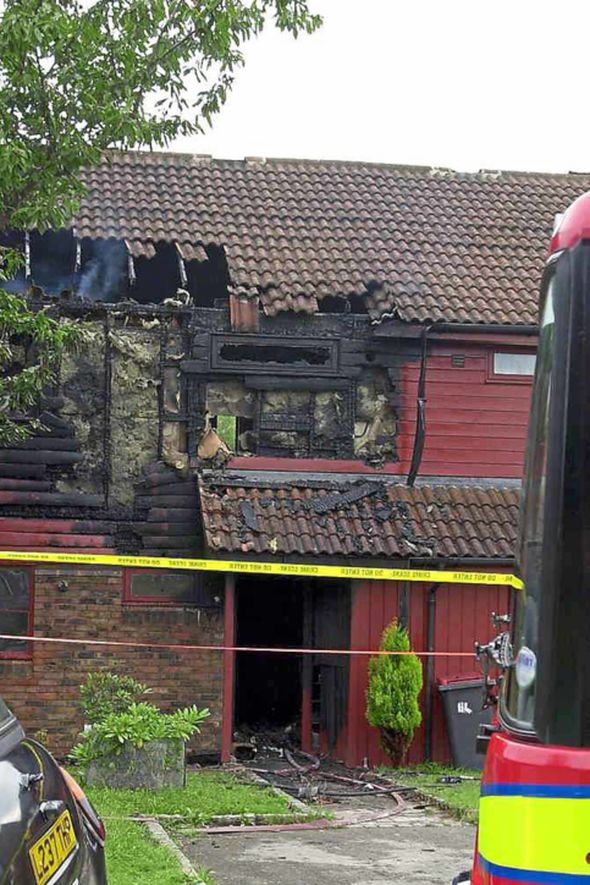 Shropshire Star
Family tragedy: Lucy Lowe, her mum Eileen and sister Sarah lost their lives in the blaze
In 2001 he was jailed for their murders amid claims they were to terrify other victims to stay silent.
Meanwhile one schoolgirl, who remains anonymous, said she was driven to attempt suicide.
She added: “I was scared my family would die like Lucy’s.”
In 2002 another schoolgirl, Becky Watson, 13, died in an unexplained Telford car accident.

It later emerged she was abused by an Asian grooming gang.
Her mother Torron said: “Girls like Becky were treated like criminals.
If Becky’s abuse was properly investigated by the authorities more girls could have been saved from this hell.”
In Rotherham, around 1,400 girls, mostly under age, were abused over two decades by Pakistani men. 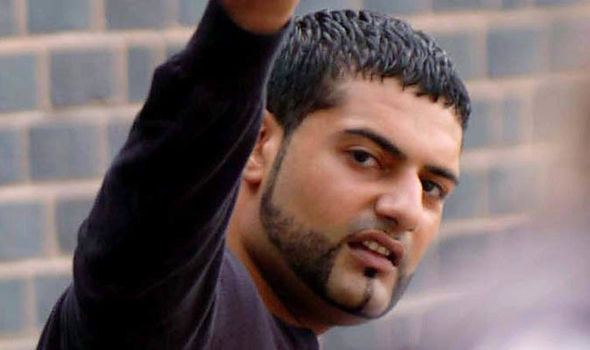 SWNS
Mubarek Ali received a 26-year sentence for abusing four teenagers
Now experts estimate in Telford around 1,000 girls have been abused.
The calculations were carried out by Professor Liz Kelly at London Metropolitan University.
She said: “We have an unfortunate capacity to choose to forget.”
In 2013 seven men were jailed following Operation Chalice, one of the few police inquiries into the subject.
Mubarek Ali, 34, and his brother Ahdel Ali, 27, were handed a 26-year sentence after the pair sexually abused, trafficked, prostituted or tried to prostitute four teenagers.
Yesterday Telford and Wrekin Council said: “Child sexual exploitation is a vile, evil crime. It’s an issue right across the UK and has been for a long time.”
Telford would be covered by a national review.
West Mercia Police admitted making errors saying it is boosting numbers to tackle the “horrific offences” as a “number one priority”.

1980s Girls in Telford are targeted by groups of mainly Asian men
1996 A resident goes to police with information about a key abuser selling underage girls for sex
Late 1990s Social workers learn of the problem but do little to help
2000 Lucy Lowe, 16, is killed alongside her mother and sister in an arson attack by abuser Azhar Ali Mehmood
2002 Abuse victim Becky Watson, 13, is killed in a road accident described as a 'prank'
2010-2012 Police probe Operation Chalice identifies potential 200 abusers but only nine are jailed
2016 MP Lucy Allan calls for public inquiry but police and council officials in Telford write to Home Secretary Amber Rudd saying this isn't necessary
March 2018 As many as 1,000 victims are believed to have been abused.
The paper says authorities were warned of the abuse a decade before Operation Chalice.
One victim, who was targeted by paedophiles and forced to sleep with dozens of men, said: 'The police have betrayed the children of this town for a second time.
'I dread to think how many victims there have been over the years – it wouldn't surprise me if the offending was on the same scale as Rotherham.
'It has been going on for at least two decades. When will it stop?'
West Mercia Police have admitted errors were made in the way detailed reports had from street pastors on night patrol had been handled by police.
Some of the street pastors had witnessed teenagers being sold drugs at under-age parties and gangs of men grooming intoxicated children.
'It has been going on for at least two decades. When will it stop?'
A spokesperson for Telford and Wrekin Council told the paper: 'Child sexual exploitation (CSE) is a vile, evil crime. It's an issue right across the UK and has been for a long time.
'Telford will be covered by the national CSE review. We welcome this. All agencies continue to work very closely together and this remains our top priority.'
Police said 100 girls could have become victims in Telford between 2007 and 2009.
Supt Tom Harding, of West Mercia Police, said communication had improved dramatically in recent years.
He added: 'Incidents identified by pastors point to potential signs of child sexual exploitation and we use this as intelligence, to target individuals who may need to be investigated.'

The Mirror’s 18-month investigation reveals abuse on unprecedented levels. We found:
The scale of the abuse uncovered in Telford – population 170,000 – is feared to be the most brutal and long-running of all.
The Rotherham toll was put at 1,500 – but that was in a community of 260,000.
Telford’s Tory MP Lucy Allan has demanded a public inquiry and said our ­findings were “extremely serious and shocking”.