ISIS beheaders live among us while we deport Caribbean grannies


The BBC presenter ripped into the Windrush generation scandal which has seen citizens who have lived and worked in the UK for the majority of their lives at risk of deportation.
Thousands of landing card slips recording the arrival of Windrush-era immigrants were destroyed by the Home Office and now having never applied for British citizenship or passports, members of the Windrush generation are now struggling to prove they are here legally.
Recent restrictions in immigration law require people to have paperwork proof of near-continuous residence in the UK.
Speaking on the BBC’s This Week, host Andrew Neil said: “Just when you think British politics can’t get any more depressing, along comes revelations of our treatment of the Windrush generation. 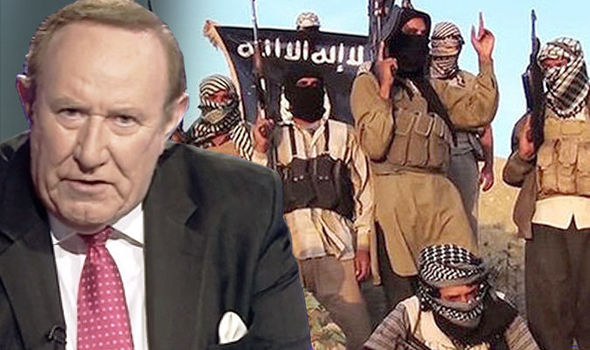 BBC•NC
Andrew Neil delivered a passionate rant amid the Windrush generation scandal
“A scandal so contemptible, that it doesn’t just demean the Government that presided over it, but shames all of us who have allowed it to happen.
“It suddenly dawns on you that our country is letting in ISIS beheaders and torturers and enslavers to return to live among us because the goings got a bit tough for the poor dears in Syria.
“But it is prepared to contemplate the deportation of Caribbean grannies who have lived and worked here all their adult lives.”
The passionate monologue comes after it emerged that some children of the Caribbean migrants who settled in the UK from the late 1940s to the 1970s had been declared illegal immigrants and threatened with deportation.
Posted by English kaffir. at 8:39 PM