“Revealed: Afghan mother of acid attack boy, 3, ‘was tracked down by her violent asylum seeker husband after she appeared in newspaper without her veil’ as police continue to quiz him,” by Martin Robinson, Joe Middleton, Emine Simnaz and Jim Norton, Daily Mail, July 24, 2018:

The father of the three-year-old boy doused in acid while shopping with his mother has been arrested and is being questioned over the attack. 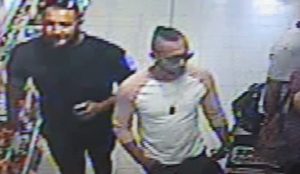 The 39-year-old suspect, an Afghan asylum seeker who has not been named, was the first suspect detectives held after the boy was targeted while sitting in a pushchair during a shopping trip to Home Bargains with his mother.
Three other younger men are also being grilled in connection with Saturday afternoon’s horrific attack in Worcester after they were arrested 130 miles away in Walthamstow.
They are reportedly eastern Europeans from the Romani community and accomplished bare-knuckle fighters, their east London neighbours said.
Today a fifth man, 41, from Wolverhampton, was arrested on suspicion of conspiracy to commit grievous bodily harm.
It is now thought the target might have been the boy’s mother.
The couple had initially settled in Wolverhampton after fleeing war-torn Afghanistan 11 years ago.
Last year she left her husband, a taxi driver, and moved to a house in Worcester with their three children, now aged ten, eight and three, to start a new life.
A neighbour recalled shouting matches between the couple, while another said when the woman left her husband broke down in tears claiming she would not let him see their children.
It is believed the thugs who carried out the acid attack on the boy had been monitoring the family after tracking them down to their new semi-detached home.
Detectives have been questioning residents about sightings of suspicious people and vehicles in the area.
When the pair were in a relationship she would wear a full veil but in recent years had removed it and moved to an address in Worcester 30 miles away with the children.
It is believed the estranged father discovered the whereabouts of his wife when a photo appeared in a local newspaper showing one of the children at a local event.
It is alleged that the gang bungled the attack and the three-year-old got splashed with the noxious substance accidentally in the process…. 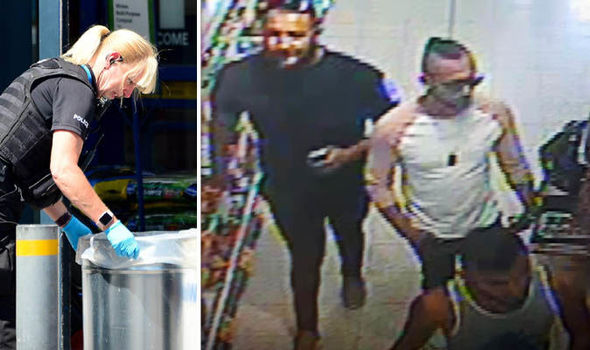 Research carried out for has revealed the wider costs behind the shocking crime (Image: SWNS/NC)
More than half the attacks were committed in London, leading some to label it the acid attack capital of the world.
Victims, police and politicians are now calling on Government ministers to draw up a long-term strategy in a bid to halt the menace.
Former Scotland Yard detective Mick Neville warned yesterday: “Corrosive substances are becoming a weapon of choice for gangs. I fear it will get worse.”
Research carried out for Acid Survivors Trust International (ASTI) has revealed the wider costs behind the shocking crime.
Last year alone, taxpayers forked out £60million – around half of it in London where there were 470 attacks.
That represents a four-fold rise in just three years.
Last July was the worst month on record, with 91 offences investigated by the Metropolitan Police – an average of three every day.
Across Britain, the number of acid attacks increased from around 300 in 2014 to nearly 1,000 last year.
ASTI, which campaigns for the rights of survivors, commissioned research from consultants Frontier Economics, which estimated each acid attack costs Britain at least £63,000.
It is the first time such research has been carried out and puts the total annual cost at around £60million.
Victim Katie Gee, 22, who was attacked in 2013, said: “We often recognise the physical, psychological and emotional toll that an acid attack has on a survivor, their family and friends.
“Yet the economic burden such attacks have on society and the government as a result is often overlooked.
“In 2017, a shockingly high £60million in the UK was spent. This can be avoided.
“As a survivor, I feel a personal responsibility to ensure that all necessary measures of reform are taken to eradicate violent acid attacks.”
Jaf Shah, ASTI executive director, said: “As well as making a moral case for intervention, the latest figures allow ASTI to evidence an economic argument for a long-term and integrated approach that can lead to the end of acid attacks. We hope this will help to further raise awareness of the importance of the issue.”
Nationwide, young women make up more than half of acid attack victims.
However, the trend is reversed in London where two thirds of the those targeted are young men.
Experts say the higher proportion of young male victims in the capital reveals the increased use of acid by gangs.
Campaigners say acid and other highly corrosive substances are too easily accessible to people under 18.
The Government has introduced a new Offensive Weapons Bill, which will ban their sale to under-18s.
It will also make it a crime to possess a corrosive substance in a public place.
Katie Piper, who suffered horrific injuries when she was doused with sulphuric acid in 2008, has campaigned for courts to take acid attacks more seriously.
She said recently: “The current legislation does not always recognise the severity of the offence. Sentencing does not reflect the severity of the crime in some cases.
“Tougher sentencing would surely act as a deterrent to further attacks.”