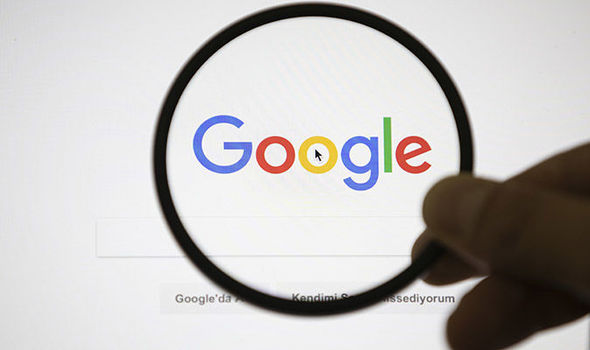 Google is the world's most popular search engine (Image: GETTY)

I was wondering whether Google had somehow been hacked
Nottingham resident

The bizarre description on Google comes after an apparent spate of hacking, which has baffled parents and teachers.
The change was spotted by an eagle-eyed resident of the city while looking for directions via Google maps.
The man – who asked not to be named – told Express.co.uk: “I noticed there were schools not just in Nottingham, but in Loughborough and Solihull too.
“I was wondering whether Google had somehow been hacked.
I was thinking there is probably some kind of field which organisations can populate which has been left blank that describes what they are, which somebody had filled in like this.”Express.co.uk verified at least 20 establishments incorrectly listed on Google Maps as being Islamic schools in the Nottingham area.One of the schools listed was "Islamic" even though its name includes "Catholic". 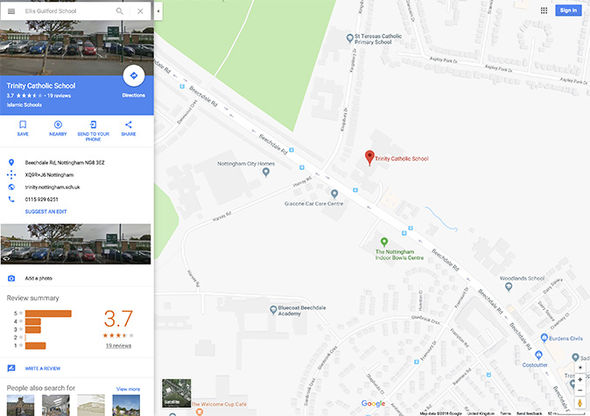 Trinity Catholic School is labelled as an Islamic School (Image: Google)
Other incorrectly-labelled schools were in neighbouring areas including Loughborough, Peterborough and Solihull.
Express.co.uk contacted Trinity Catholic School and Bluecoat Beechdale Academy, two of the schools affected, both of whom were mystified by the alterations.
In addition, Express.co.uk contacted local education authority Nottingham City Council, which was likewise unaware of the changes.


Staff at Trinity Catholic School were unaware of the change (Image: Google)
A Google spokesman said it was looking into the incident.
Google Maps is a web mapping service developed by Google, the world’s most popular search engine.
It offers satellite imagery, street maps, panoramic views of streets (Street View), real-time traffic conditions (Google Traffic), and route planning for traveling by foot, car, bicycle (in beta), or public transportation.
A vast range of data is available via the service simply by clicking on the names of the various organisations listed on it, with descriptions coming up on the left of the screen.However, it would probably be comparatively simple to alter this information for somebody with enough know-how.