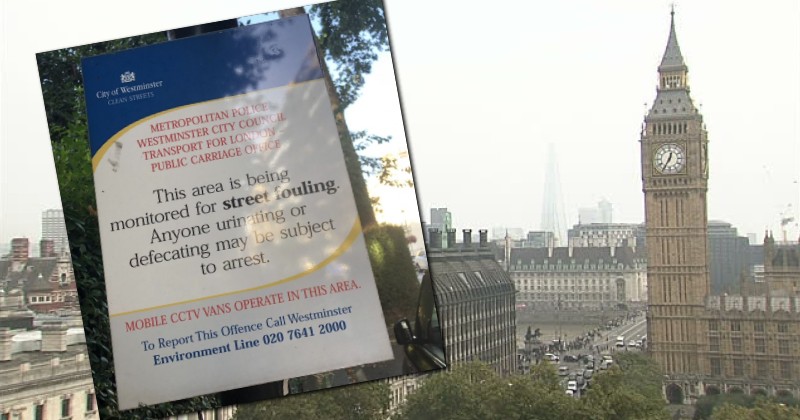 Signs are going up in London telling people not to sh*t in the streets.
A City of Westminster Clean Streets sign posted to Twitter reads, “This area is being monitored for street fouling. Anyone urinating or defecating may be subject to arrest.”
“Welcome to London. Do not shit in the street,” tweeted Old Holborn.

Do not shit in the street 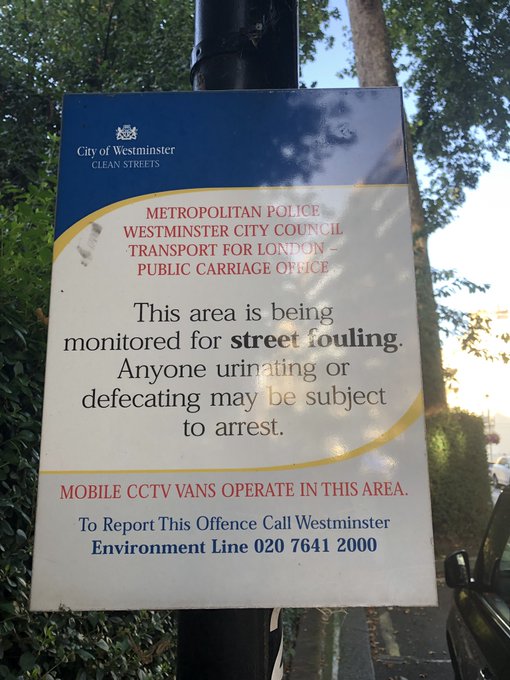 1,716 people are talking about this


Public defecation used to be more of a problem in non-European countries, but it seems to have made its way here now.
The sight of feces in the streets is becoming a major problem in liberal utopias like San Francisco, and it seems it’s London’s turn for a taste of that brand of progressivism.
Posted by English kaffir. at 3:55 PM