Govt Forced to Publish Report on Ethnicity of Rape Gangs After Pressure from Public, 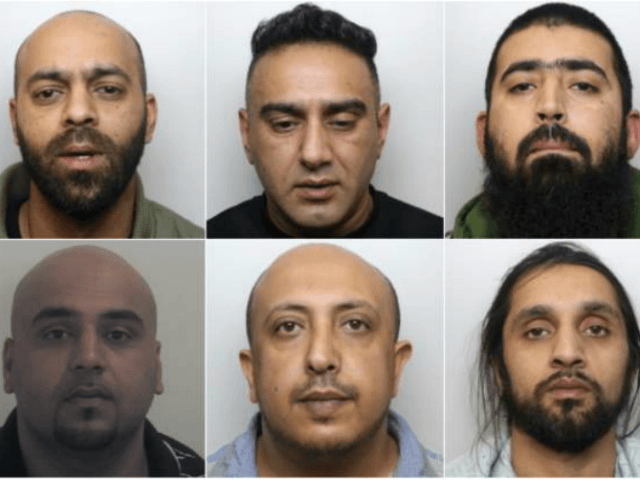 The British government has announced that it will finally publish a report on the “characteristics” of offenders in grooming gangs, following pressure from voters and MPs after accusations the Home Office tried to bury the report from the public under the guise of providing a “safe space” for lawmakers to consider policy.
In July 2018, former Home Secretary Sajid Javid had commissioned a report into the ethnic and cultural backgrounds of grooming gang rapists who have abused victims on an “industrial” scale in cities like Rotherham, Rochdale, and Telford since the 1970s. The phenomenon has been reported on multiple occasions to involve the dynamic of Muslim, Pakistani-heritage rapists targeting mostly white, working-class underage girls.
The pattern was corroborated by a 2017 report by the counter-extremism think tank, the Quilliam Foundation, which found that 84 per cent of those convicted since 2005 for group-based child sexual exploitation were of south Asian heritage with the victims being “almost exclusively white girls”. Later reports revealed that British Sikh girls were also being targetted for exploitation and rape.
However, in February 2020, the Johnson administration and the Home Office, now run by Priti Patel, said that it would not release the results of the government report, insisting it was not in the “public interest” and that to do so would deprive ministers of a “safe space” to consider policy in private.
After an outcry from anti-rape gang campaigners, more than 125,000 people signed a petition calling for the findings to be released. In late April, more than 50 days after the petition reached the 100,000-mark, Boris Johnson’s government rejected the demand for a full parliamentary debate on the matter.

116 people are talking about this
Johnson’s government faced renewed pressure from MPs after parliamentarians in charge of the petitions process told the Home Office that their response in rejecting the call was insufficient, nor was it acceptable to reject the petitioners’ request outright.
Petitions Committee chairwoman Catherine McKinnell MP had written to Home Secretary Patel on May 5th asking for an explanation which “should clearly state whether the Government will publish its research into the characteristics of group-based child sexual exploitation”, and if not, the rationale behind the refusal.
Ms McKinnell demanded the response be made by tomorrow, May 20th. Late on Tuesday the 19th, the Home Office announced that it would indeed be publishing the report “later this year”.
The Home Office said in a statement that it “will set up an external reference group of experts to review the research before its publication”, suggesting the document as it exists now could be liable to change before a future version is released to the public.
Ms Patel said: “Victims of these sickening child sex abuse groups have told me how they were let down by the state in the name of political correctness. What happened to these children remains one of the biggest stains on our country’s conscience. It is shameful. I am determined to deliver justice for victims and ensure something like this can never happen again.”
The government said it hopes the report will help officials “better understand the characteristics of group-based offending” and will direct agencies on how they can “learn lessons” from the past.
The 2014 Jay inquiry had found that despite the mass rape of young girls, local authorities and police had ignored the crisis for decades over fears of being labelled racist or inflaming tensions within migrant communities.

152 people are talking about this