A YouGov poll commissioned by anti-fascist campaigners Hope Not Hate showed 40 percent of those polled believed Powell’s warning about immigration had been well-founded.
Marginally more, 41 percent, thought the hate-monger had been proved wrong.
However, 43 percent of those polled thought relationships between communities in the UK would deteriorate in the coming years.
Just 14 percent thought they would improve, the Guardian reported.
And over a third saw Islam as a threat to the British way of life.
However, most respondents - 59 percent - saw a wide variety of backgrounds as being part of British culture and four-fifths felt happy inter communities.
Chief executive of Hope Not Hate, Nick Lowles, told the paper: “There is clearly much work to do.
“Powell’s speech led anti-racism campaigners to mobilise – the anniversary of the speech must do the same.
“Broadly, the reality is that multiculturalism has been an uneven success – leaving some areas of Britain more integrated than others.” 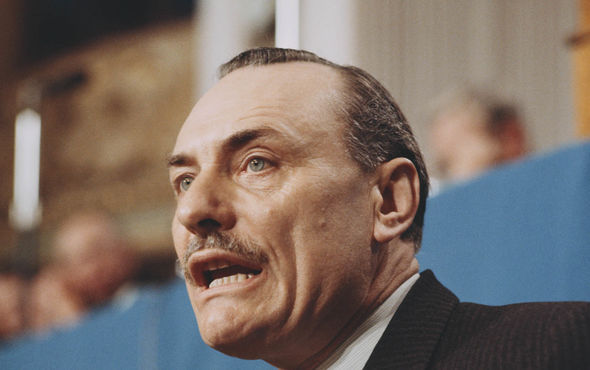 GETTY
Hate-monger Enoch Powell's speech is infamous
The poll, which will be published in full tomorrow, comes as the BBC continued to be embroiled in a row over airing the speech.
BBC chiefs said listeners should "wait to hear the programme before they judge it" after Lord Andrew Adonis asked Ofcom to intervene and instruct the programme to be pulled.
The Labour peer described the infamous 1968 speech as "incendiary and racist".
The BBC announced the controversial anti-immigration speech will be read in full on Saturday for the first time ever, on Radio 4's Archive On 4 programme.
In a letter to Ofcom chief executive Sharon White, Labour peer Lord Adonis called on the media regulator to "instruct the BBC to cancel its proposed broadcast on Saturday of Enoch Powell's infamous 1968 speech predicting 'rivers of blood' and 'the black man having the whip hand over the white man' because of immigration.
"It seems extraordinary that one should have to make the argument in today's Britain that Powell's speech is an incitement to racial hatred and violence which should not be broadcast.
"If a contemporary politician made such a speech they would almost certainly be arrested and charged with serious offences." 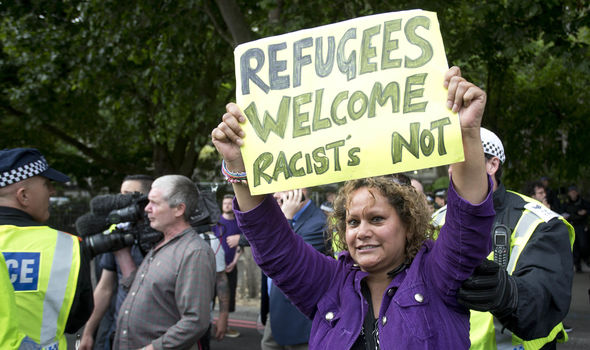 GETTYThe majority were not against multiculturalism
Lord Adonis added that the BBC's stance "that this is some kind of artistic enterprise" is an "unsustainable" argument, "particularly in context of the BBC's boast that the broadcast provides a unique opportunity to hear the speech in full".
He said the decision to broadcast the entire speech is "a special tribute to the 50th anniversary of 'rivers of blood"', which he said was "the most incendiary racist speech of modern Britain that was not even broadcast at the time".
Lord Adonis said the matter will be raised in Parliament if the speech is not pulled from the schedule.
The BBC said in a statement: "This is a rigorous journalistic analysis of a historical political speech.
"It's not an endorsement of the controversial views and people should wait to hear the programme before they judge it."
The broadcast sees actor Ian McDiarmid read the speech in its entirety, while the BBC's media editor Amol Rajan examines the influence the speech had since it was first delivered to Conservative Party members in Birmingham 50 years ago.
Posted by English kaffir. at 8:32 PM